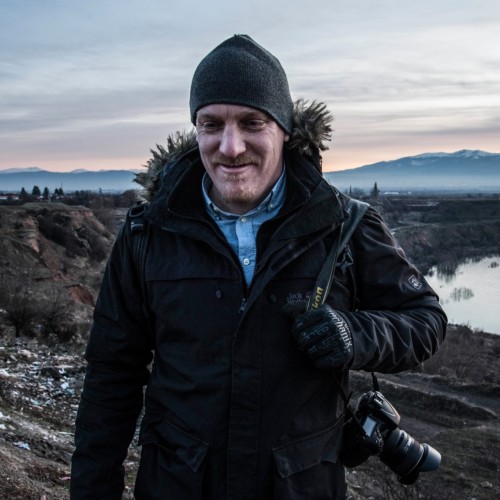 Olof Jarlbro was born in 1978 in the town of Helsingborg, in the south of Sweden. At the age of 19 Olof made his compulsory military service as a Ranger in the most northern part of Sweden, Lapland. After Olof had finished his army service he directly took the plane to Nepal, to walk and climb in the Himalayas. During this trip he started to make pictures and when he returned in Sweden he had made up his mind to become a photographer. At the ageof 22, he left Sweden and  went to New York to study at the International Center of Photography, and a couple of years later he moved to Prague to study at FAMU – The Academy of Performing Arts in Prague. He spends years in Nepal covering the civil war and political changes but also people’s daily life. People’s stories motivate him to photograph never the conflict itself. He has published a number of books including The Falling Kingdom, Stonefactory, Nepal & Mao, Syria: The War Within, Refuge and Tokhang- The Philippine Drug War. He currently shares his time with his wife and two daughters between the mountains of Bulgaria, the open landscapes of Scania and the vibrant Southeast Asia, working on longer photographic projects and global issues.

Olof Jarlbro Photography produce visually stories for magazines, dailies and online news portalsaround the globe. But core focus is production of books together with exhibitions and lectures that brings awareness of various global & social issues.