The dirty coal rules in the energy-expanding India

The dirty coal rules in the energy-expanding India.

It’s the last election day in the world’s largest democracy, India. When a country with over one billion people goes to voting polls, it is not only noticeable in the country in question, but it also has a visible effect around the world.

– You never know in Indian elections, we can only hope, says Mr. Rudka on the train Rajdhani express from Kolkata towards India’s so-called coal capital Dhanbad, in the Jharkahand region.

Mr. Rudka is an engineer and coal is his livelihood and so it has been for many decades.

Dhanbad is known for its coal mines and the city is surrounded by 112 coal mines with an annual total production of 27.5 million tons. India has the fifth largest coal reserve in the world and is globally the fourth largest coal producer.

"– If India wants cheap electricity for those who are still outside the electricity grid, then coal is the only solution" 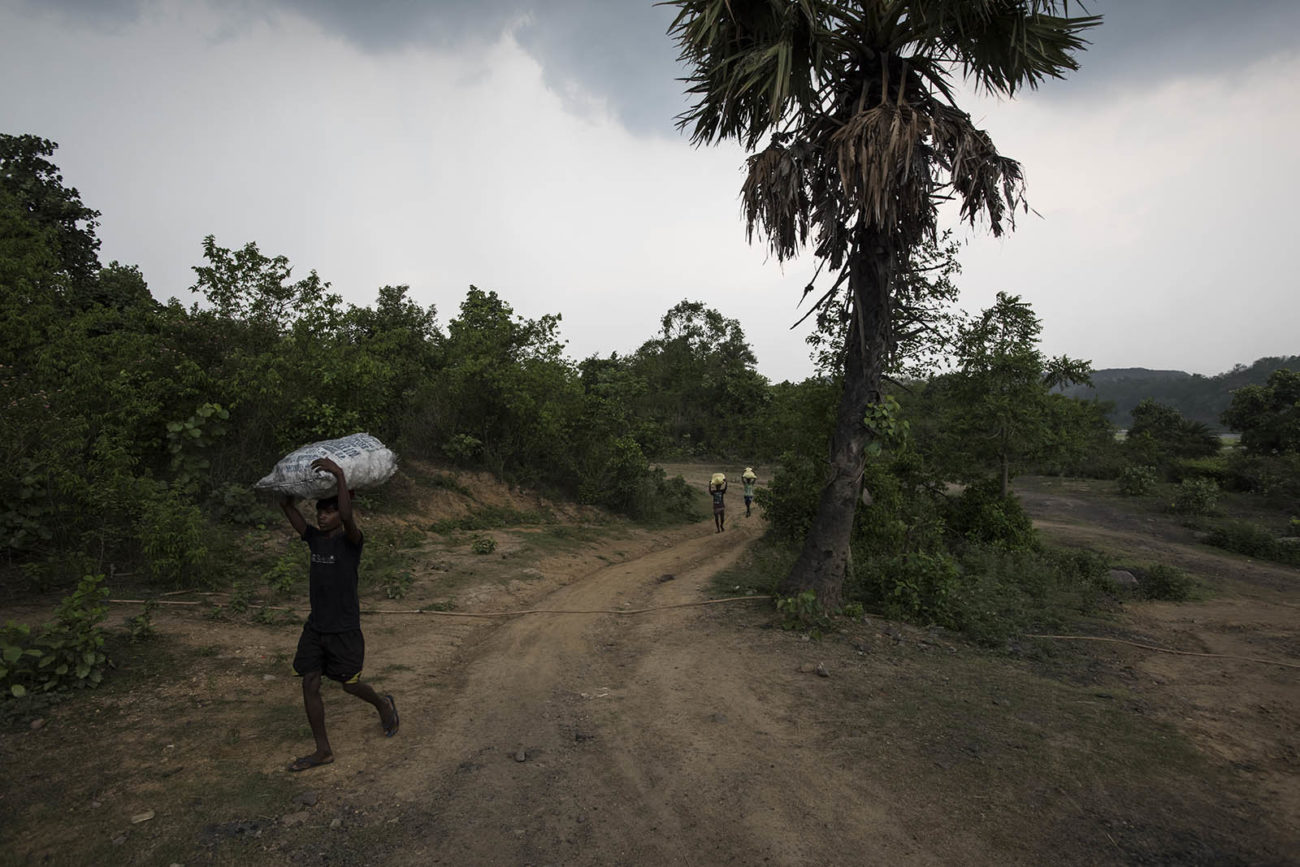 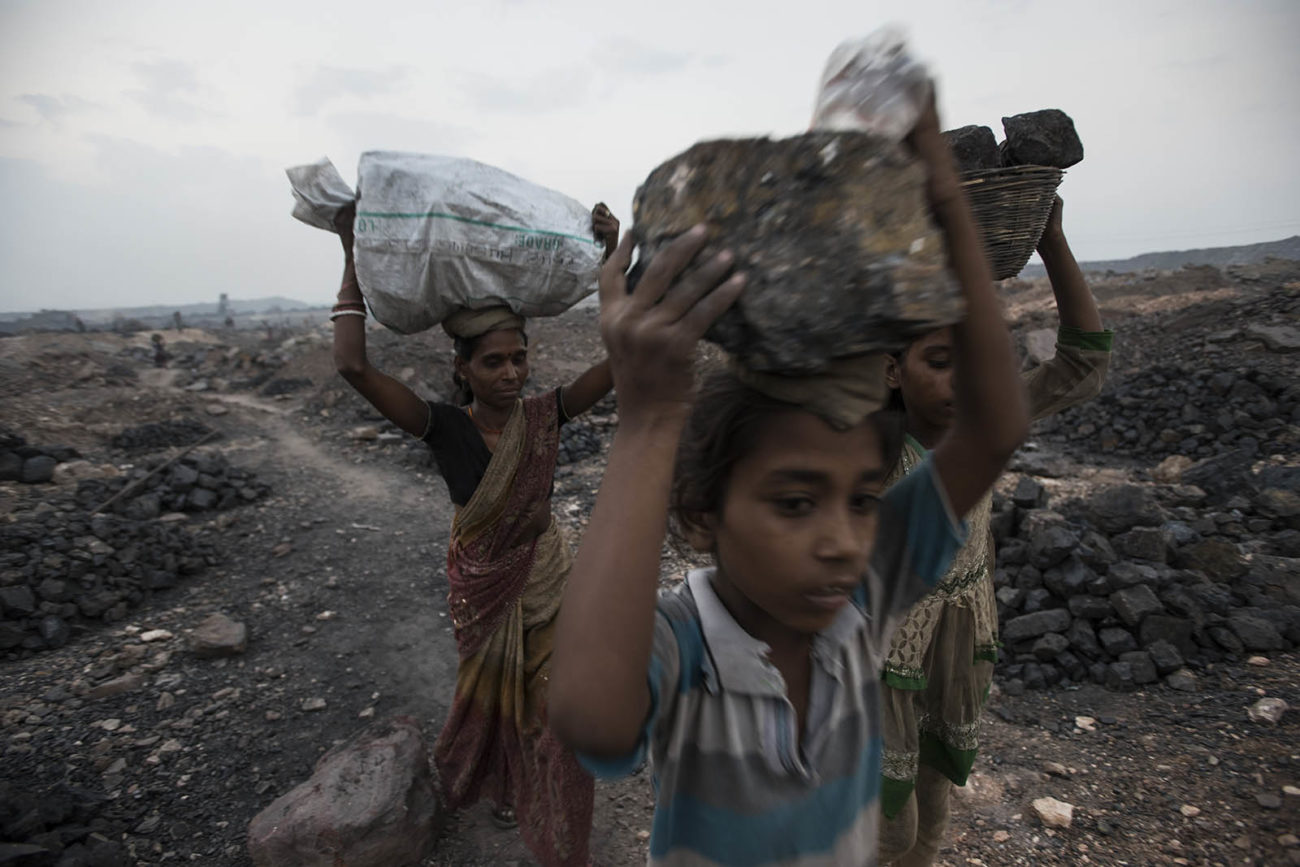 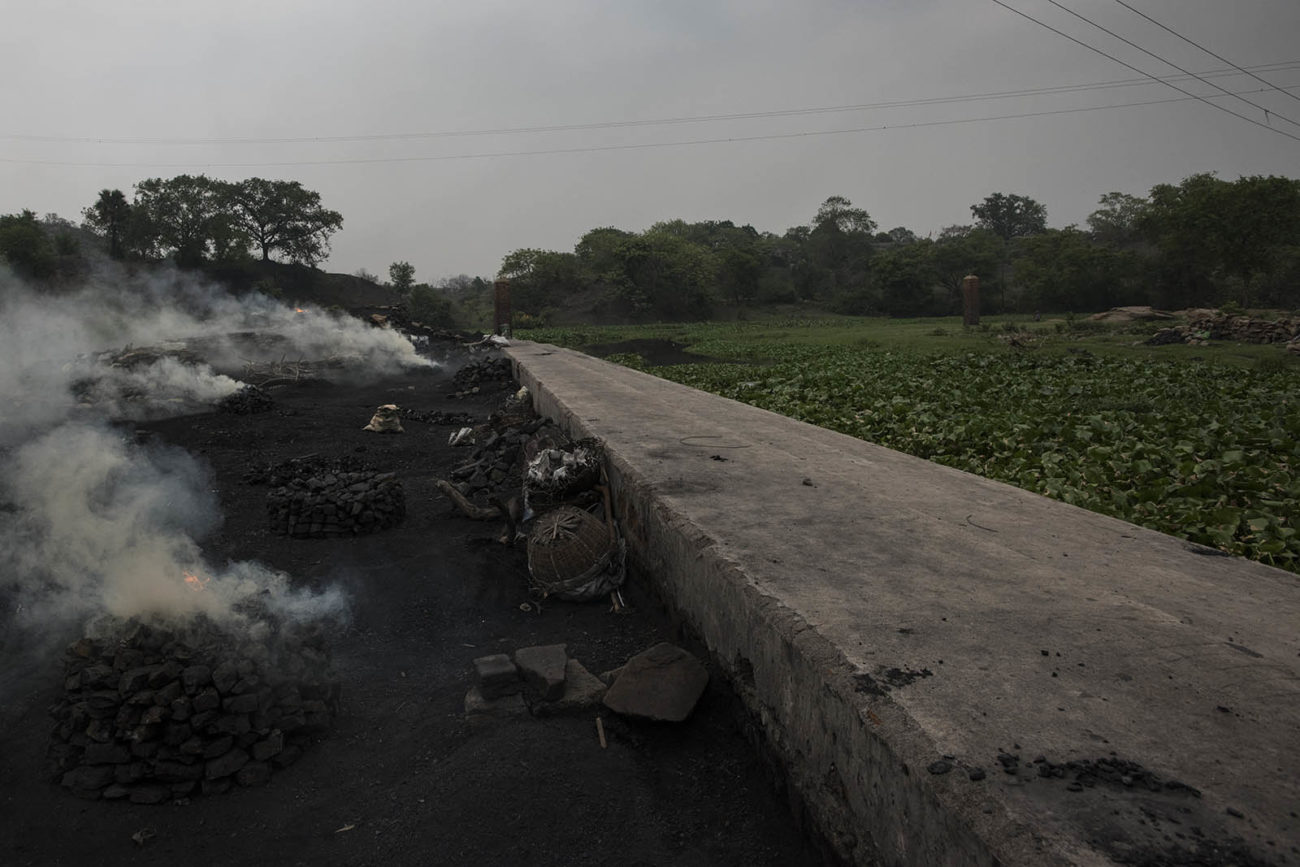 To meet its increasing energy needs, the Indian government plans to double its coal production by 2020. Already, India is the world’s third largest contributor to greenhouse gases.

– If India wants cheap electricity for those who are still outside the electricity grid, then coal is the only solution, says Mr. Rudka while chewing thoughtfully on a piece of guava.

Approximately 400 million Indians currently live without electricity and it has been part of India’s energy policy to deliver low cost electricity to the very people who are outside the electricity grid. Globally, India spends only one-third of electricity per capita compared to western countries electricity consumption.

Making a report about coal is a sensitive issue in India. Behind India’s coal industry is all that dirty, such as child labor, poor working conditions, extremely low wages, corruption and the list just goes on. Some villages have been forced to move because of the mining companies’ expansion. The villagers who actively tried to oppose the mines in their neighborhood have often been silenced in one way or another. Many mining companies are privately owned, but the land they extract coal from belongs to the state, and the state has the law on their side. Something Greenpeace experienced when all their Indian bank accounts were frozen in 2015 after the government accused the international environmental campaign group of encouraging protest against “development” in the economic growing India. 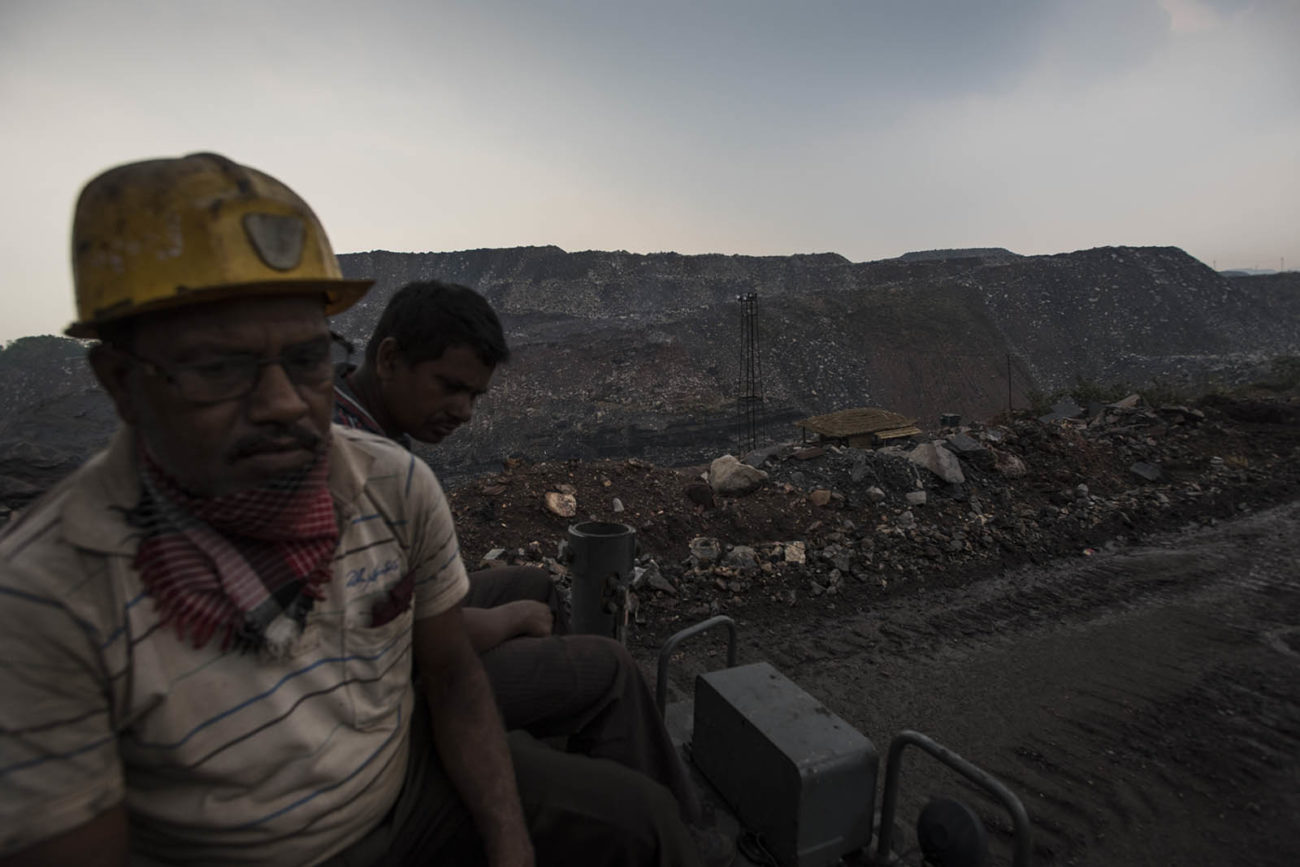 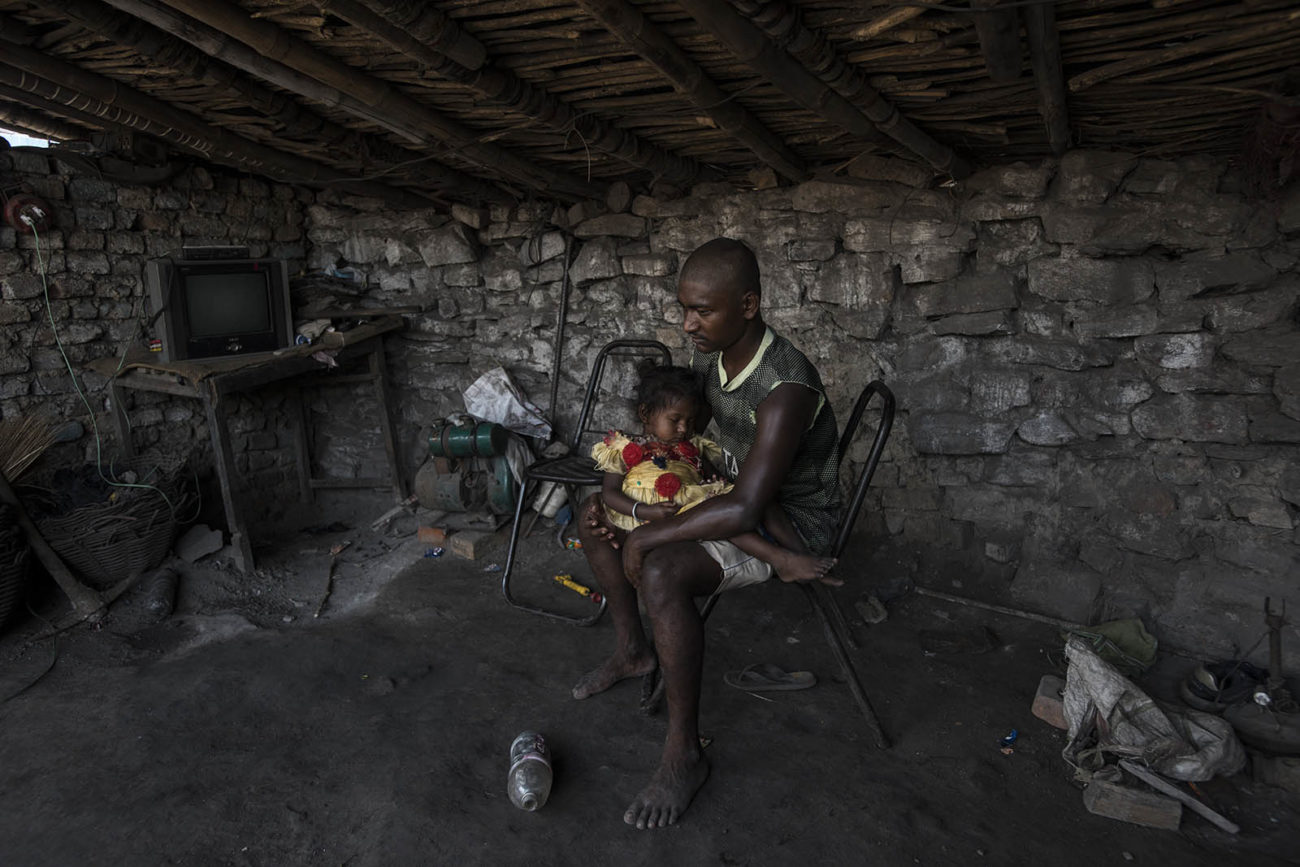 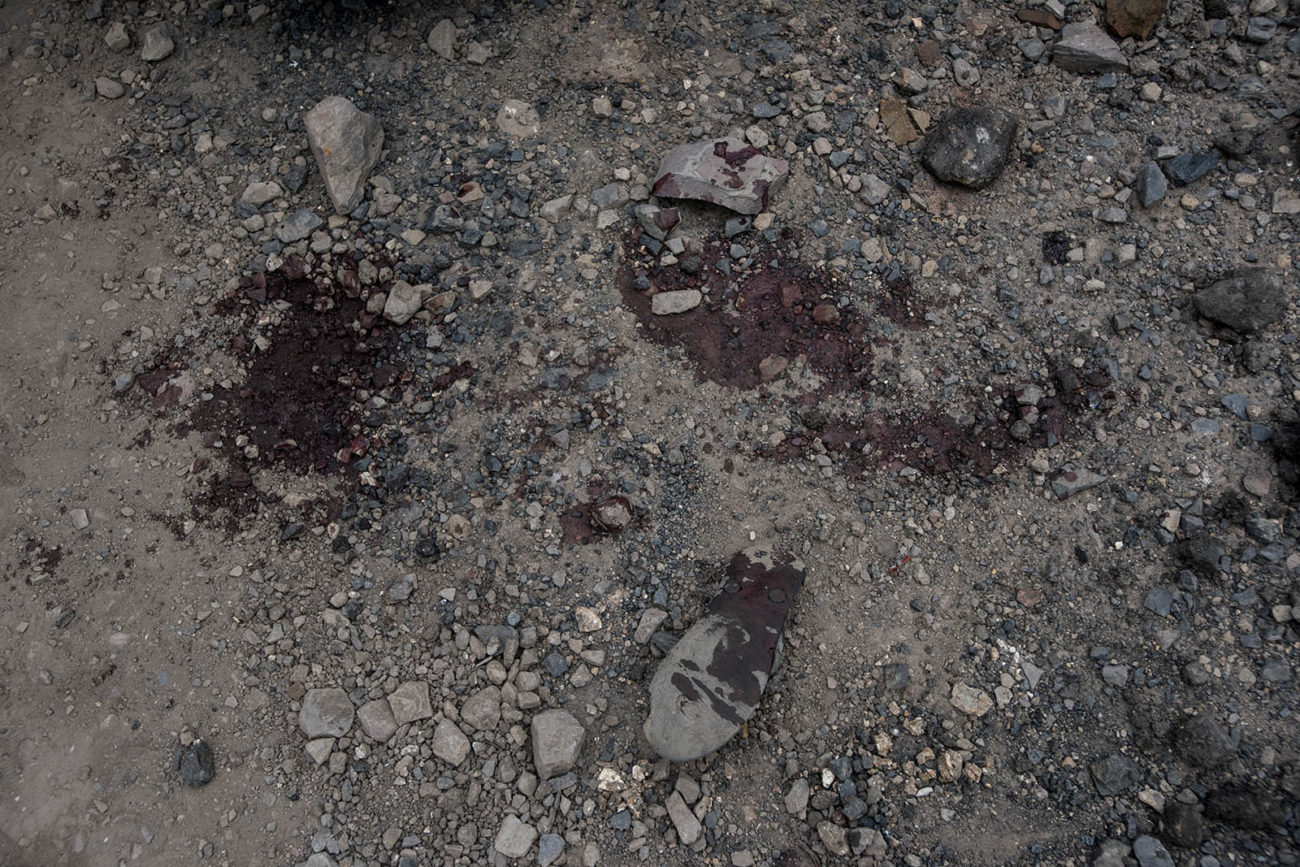 Outside Dhanbad is Jharia, known for having the best coal in India but also for the burning fires around the landscape caused by burning coal. The fires started almost 100 years ago since the mining operation began in the area.

Just next to one of the burning mines, Akash lives in a broken down house.
“Look at my house, the earth is gobbling it up, or burning it down,” he says in a resigned anger.

Akash’s father is a pig breeder, but most of his brother’s work at the various mines when they find jobs.

Most villagers living next to the mines suffer from coughing and have early health problems. International criticism of the coal mines created a settlement program for affected families who lived near the mines. Akash family got a two-room apartment in the newly built settlement Belgaria. The problem is that the colony is built far out of nowhere and for the settlers there is almost no possibility of livelihood. This has left a large part of the apartments in Belgaria empty. In the villages next to the coal mines there is always an opportunity earning money revolving its black coal. Among the mining companies waste “Scavengers”, moving slowly in the burning sun searching among piles of rocks to find pieces of coal. The coal pieces are later refined by burning them on fires for a while, then packaged and sold locally. The work around the mines is not without risk, sometimes the ground opens up from the burning coal and devours people in their gap. But the most common risk is landslides and rocks, something I witness a few hours after two women got a large stone over themselves. One of the women was able to cope with minor injuries, while the other one died after a severe head trauma. 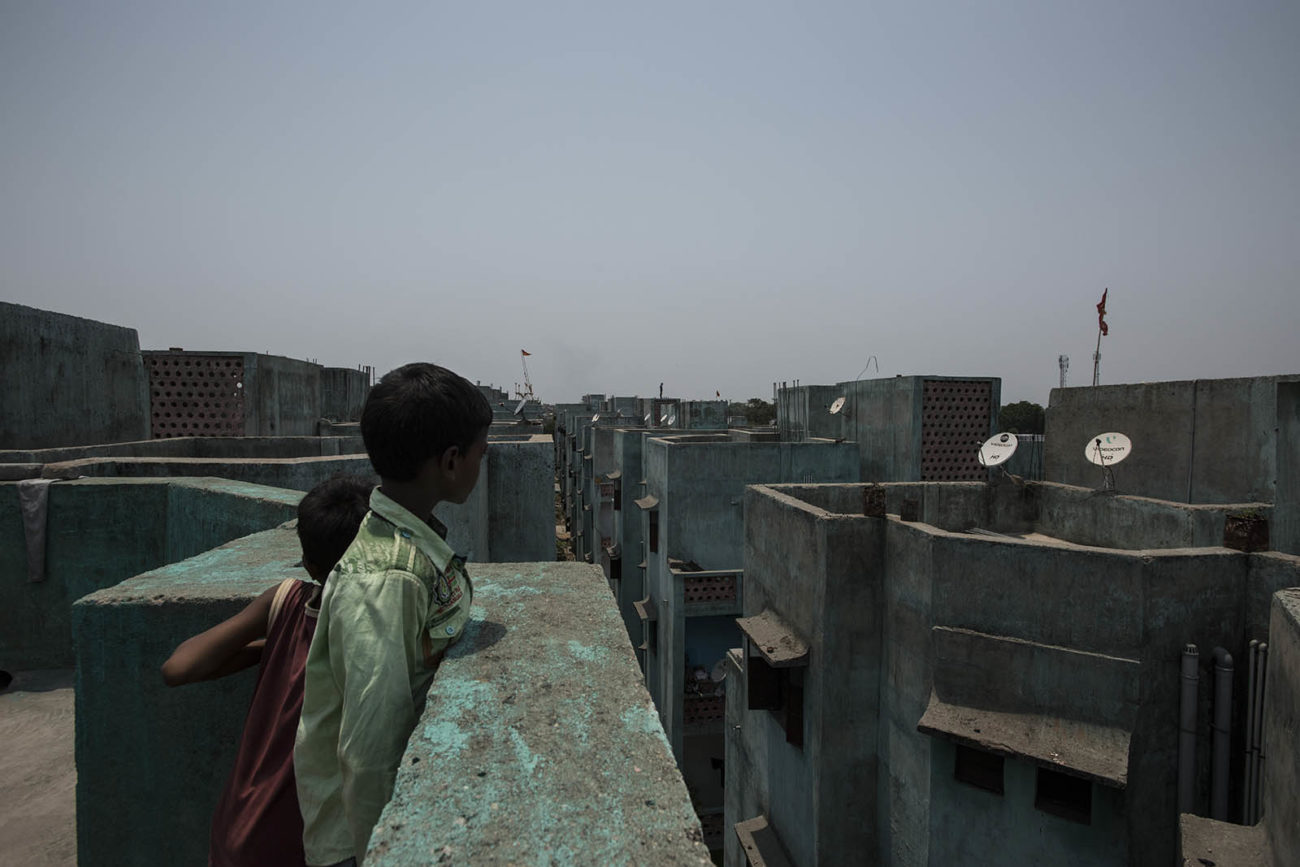 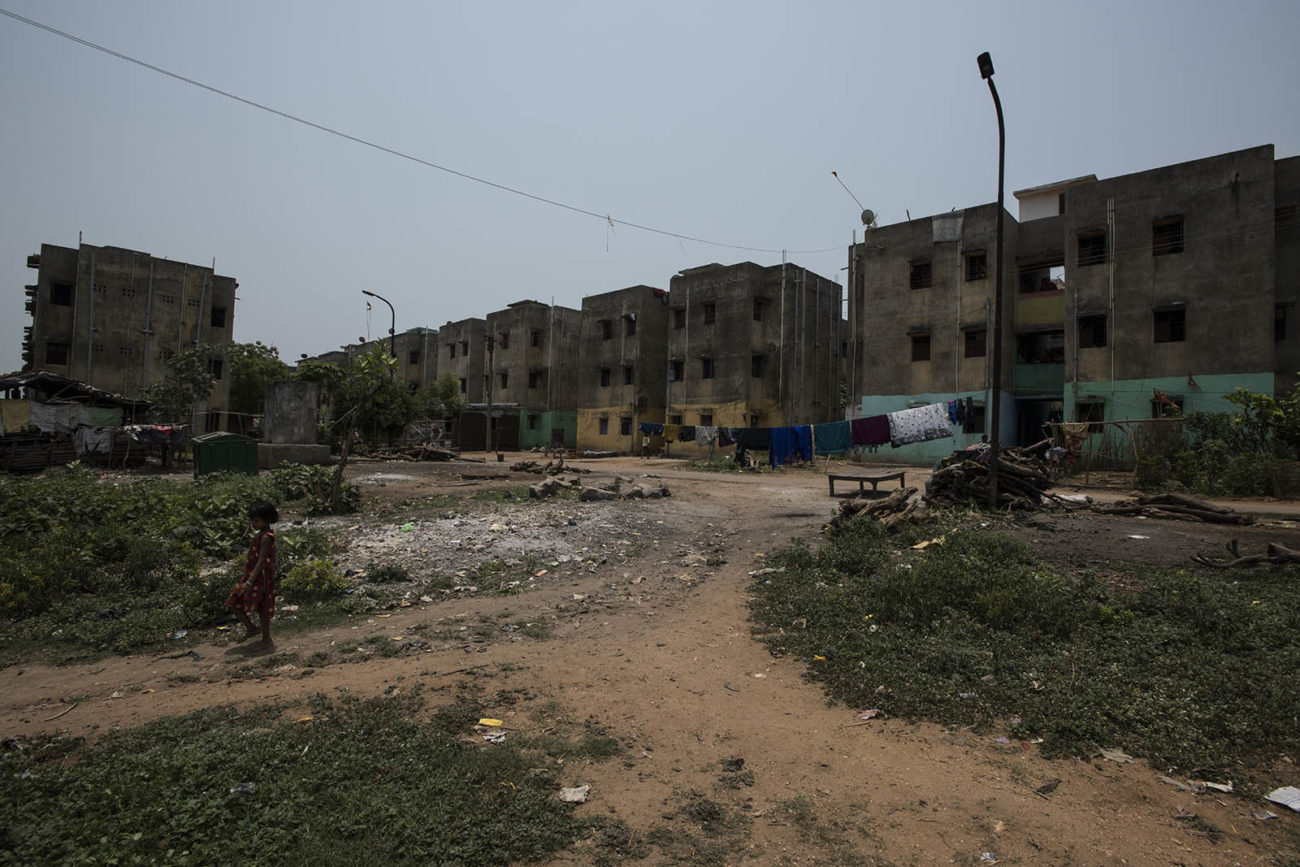 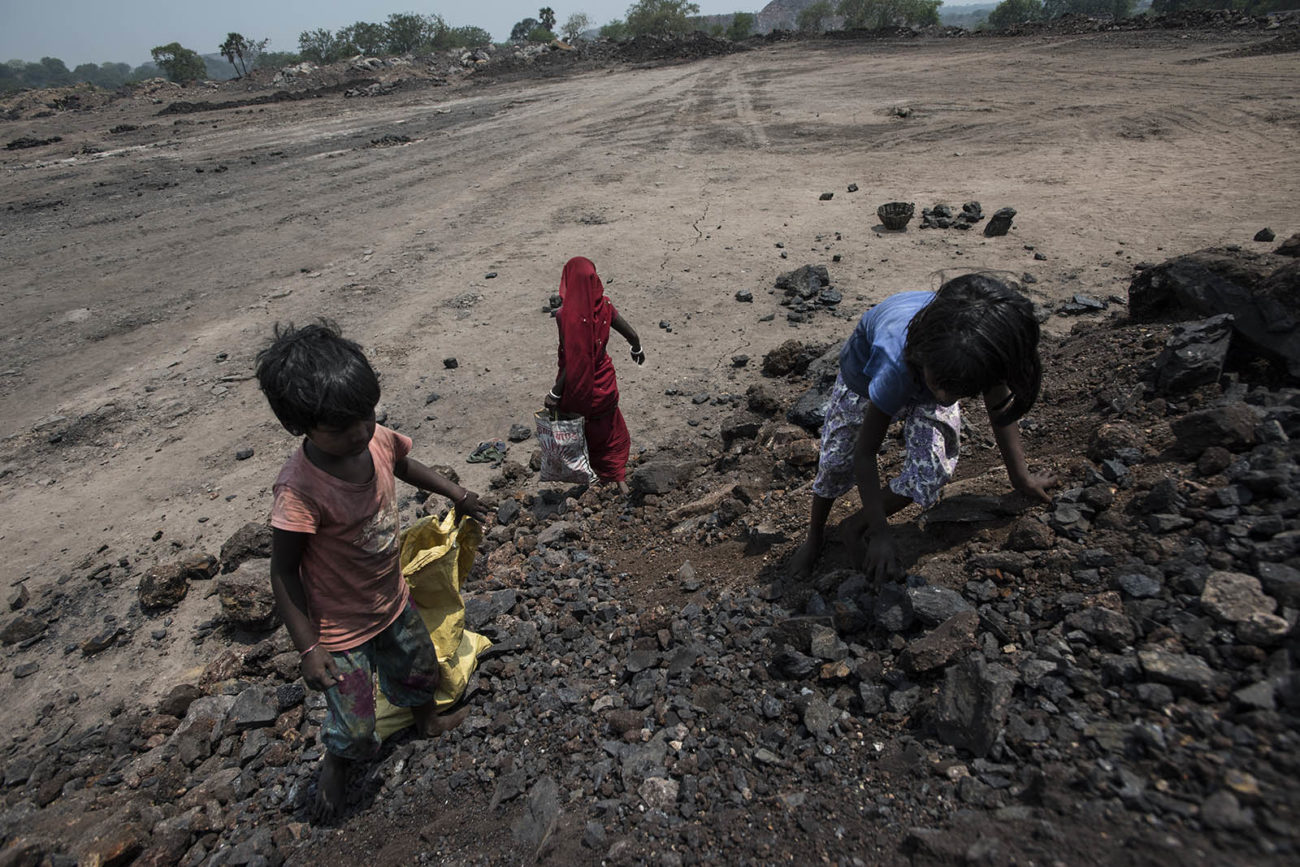 Left on the ground was the woman’s dried blood, her sandals and crushed red bracelets. After the accident, the mine became empty of scavengers, only the excavators and the trucks was left, they don ́t stop, they work around the clock in shifts. After a fatal accident, official staff usually come, especially when there is a foreign photographer in the area.

“They won’t come back today, not after what happened,” says Akash.

But the so-called scavengers return at dawn the next day, much because they are forced, otherwise they go hungry.

Some scavenger takes the step further and steals the finished coal from the mines or the bypassed trucks carrying the coal. Often, these mines have armed guards running around with baton and hitting the so-called svangares. But when the day is around 45+ in the shade, the guards often sit in a shed and sleep, at that time dozens of scavenger cease the opportunity and fill their basket with coal.

Dhanbad is far from Scandinavian environmental panels or environmental protests. Here, coal is still the ruling king and so it will be for a long time to come. At the same time, in the energy- expanding India, a lot of Indians get access to electricity in their homes, but India’s greenhouse gases will rapidly increase and increase…