Lost Paradise- In search of coal 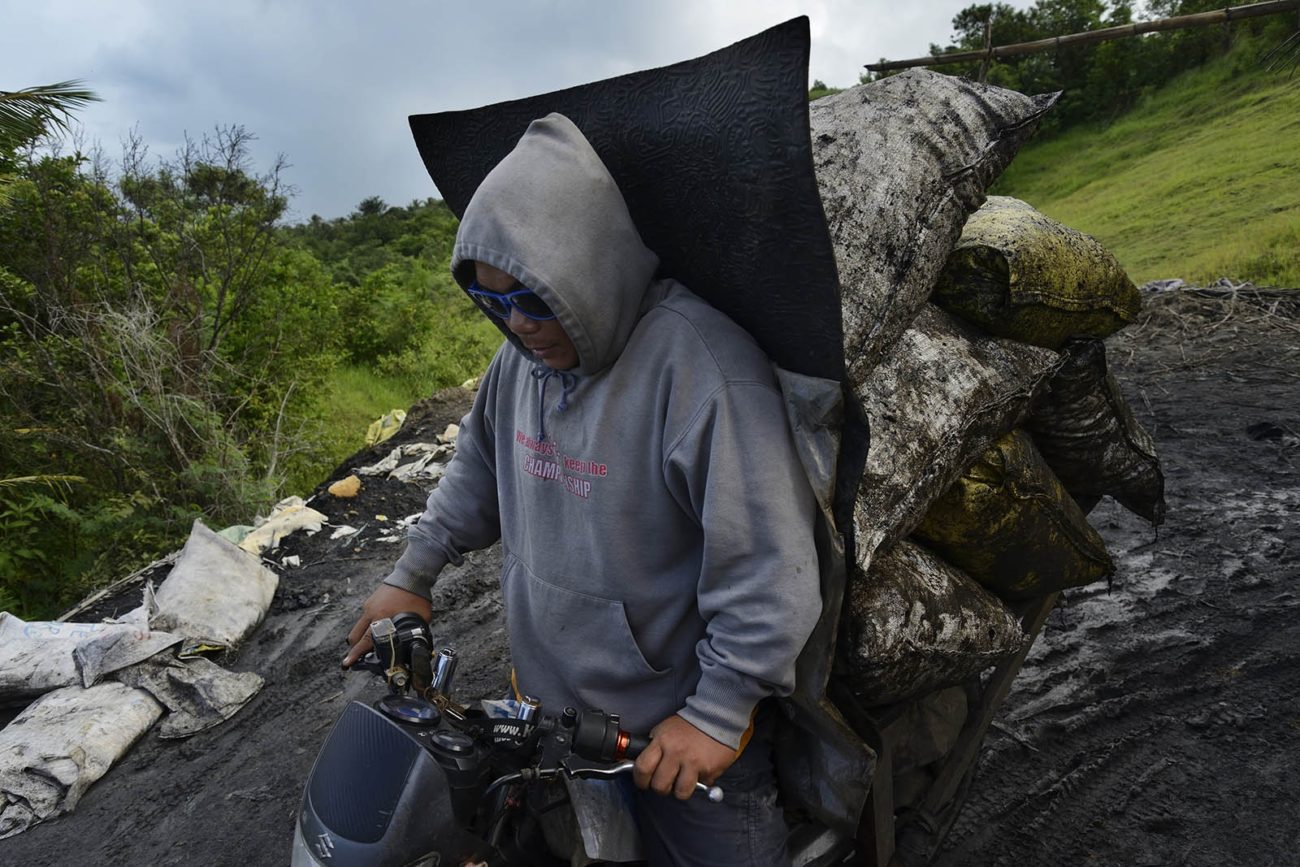 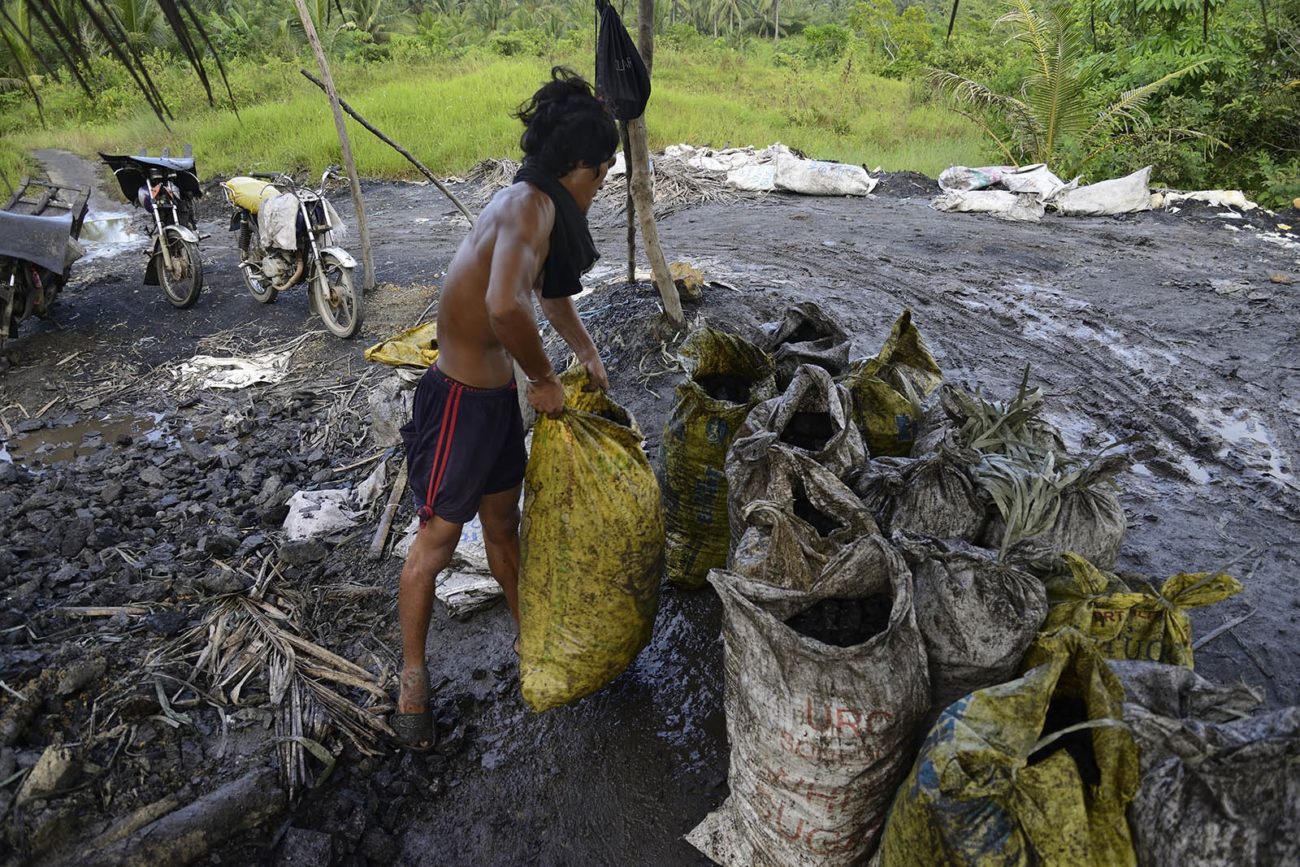 It’s about 4 am in Legaszpi city and the car journey from Manila took all night. Despite the early hour, the city is starting to wake up. Fishermen are going to their boats, the port offices are turning their lights on and travelers with all kinds of luggage – from suitcases, bags of rice, and livestock chicken to plastic wrapped motorcycles – gather around the docks.

The trip to Rapu Rapu takes just over two hours and from there we have to rent a boat to take us to the Batan Island. The small paradise island in the Albay Bay of the Philippines, where they dig out the dirtiest fuel in the world, coal.

"The rapidly growing population of the Philippines has triggered an expansion in the energy sector." 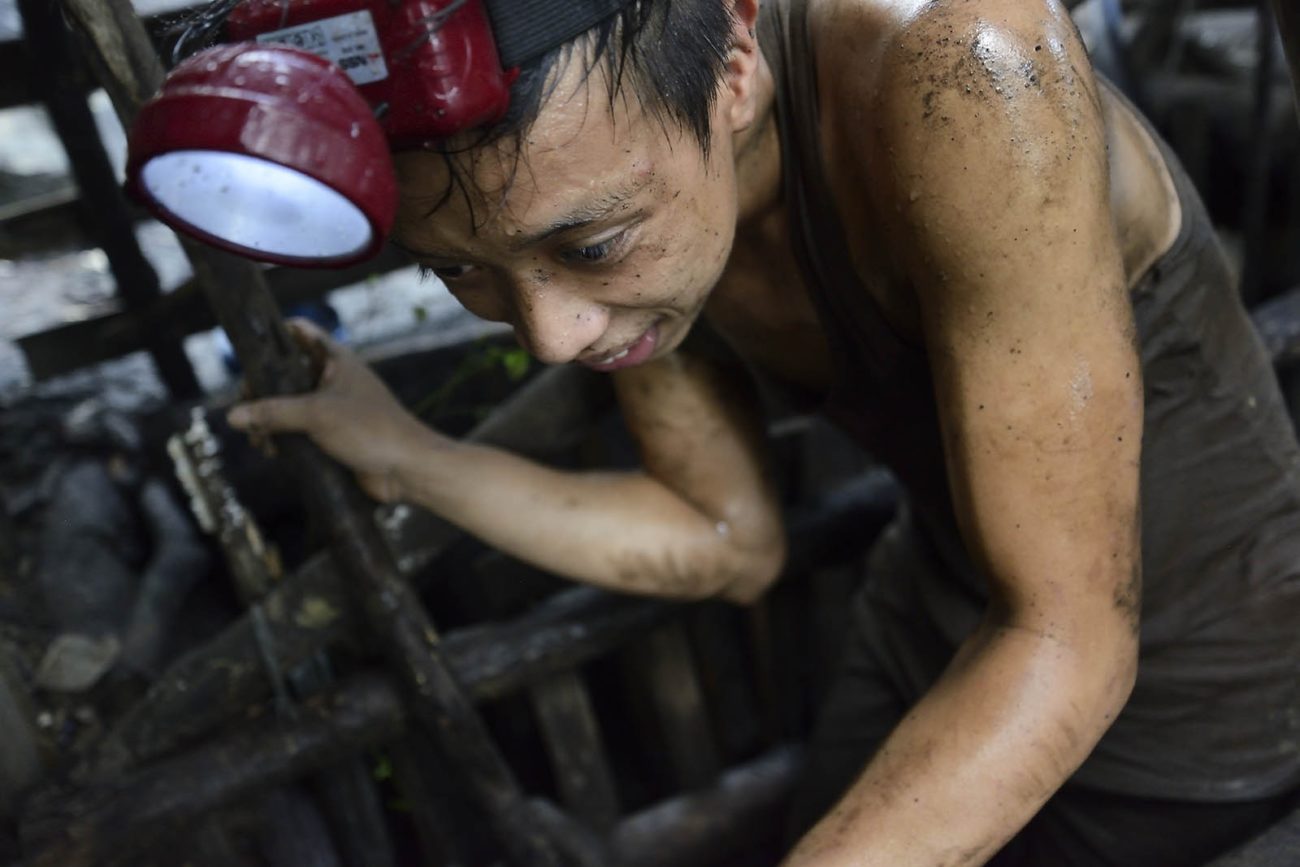 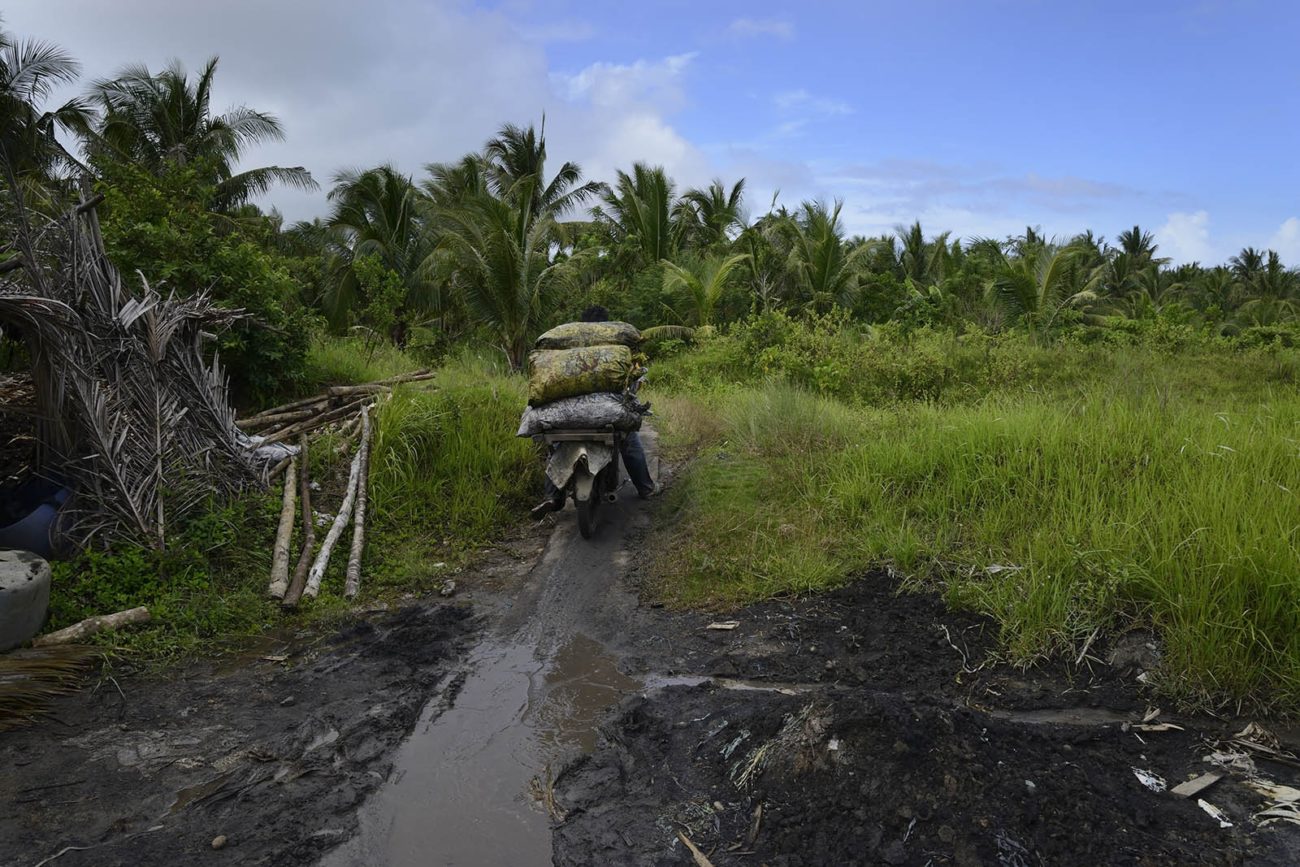 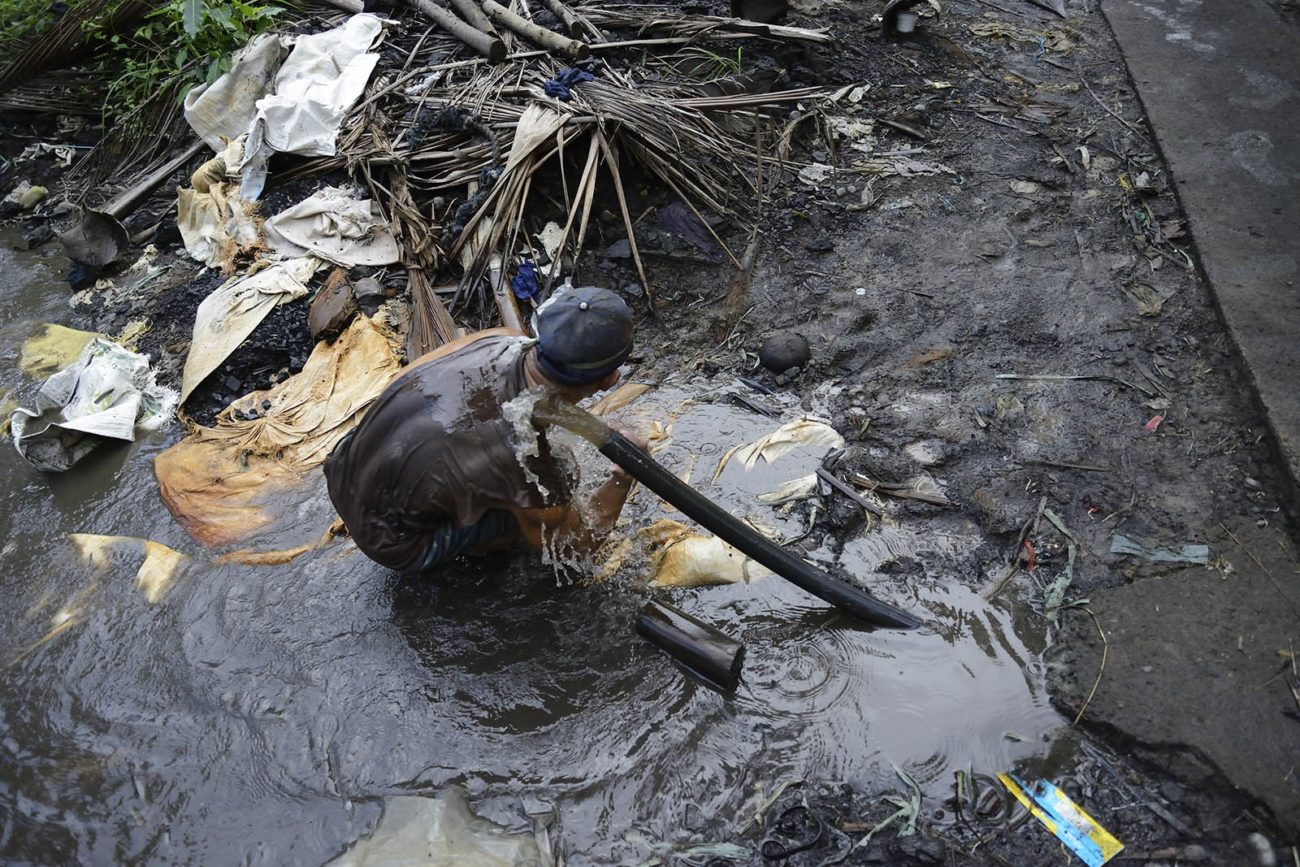 The boat is packed and many of its travelers choose to sit on the rooftop despite the relatively rough sea. In the background, the peak of the majestic volcano Mayon is lurking under a thick cloud. Sporadic rain showers make passengers jostle one another under the roof in the stern. A coffee pot is boiling on a wood stove. A cock in a cage is crowing and as ordered by an eco-travel agency, two dolphins follow the boat in the foaming wake. As the boat approaches Rapu Rapu, the sun sets forth and the emerald green sea in the Albay bay is shining. Аt the dock we found a fisherman who can take us to Batan. When the small fishing boat goes from the Albay Bay into the Pacific Ocean, it swirls and splashes saltwater from the waves hitting the hull. Typhoons are frequent and destructive threats in this region, especially in the eastern part of the Pacific, where most typhoons are formed.

The inhabitants of the island were living mainly on fishing and farming before the coal mines started to contribute to deforestation and poisoning of lakes and streams. This began a hundred years ago when it was discovered that Batan had large natural resources of coal. The mining methods have hardly changed in the last century. Due to the marine pollution and direct damage to the marine environment, residents have noted reduction of both small fish and shellfish, as a result of which the blue Marlin and Swordfish almost disappeared from the Albay Bay.

Coal mining is both dirty and dangerous. According to the statistics available, fatal accidents are not uncommon, making mining in the Philippines riskier than elsewhere around the globe. But many of the young people face the choice to either live without any income, or start digging for coal as if it were a crop in the field.

The pier of Batan seem deserted, the only goods lying on the docks were sacks of coal, tons of it. Motorbikes drive from the mines down to the pier to unload the coal, waiting for a buyer who would ship it to the mainland, which is then sold to industries around Metro Manila.

"“I cannot afford to stop digging coal even if I would want to,” said Danilo, who has been working as a coal miner for almost 4 years." 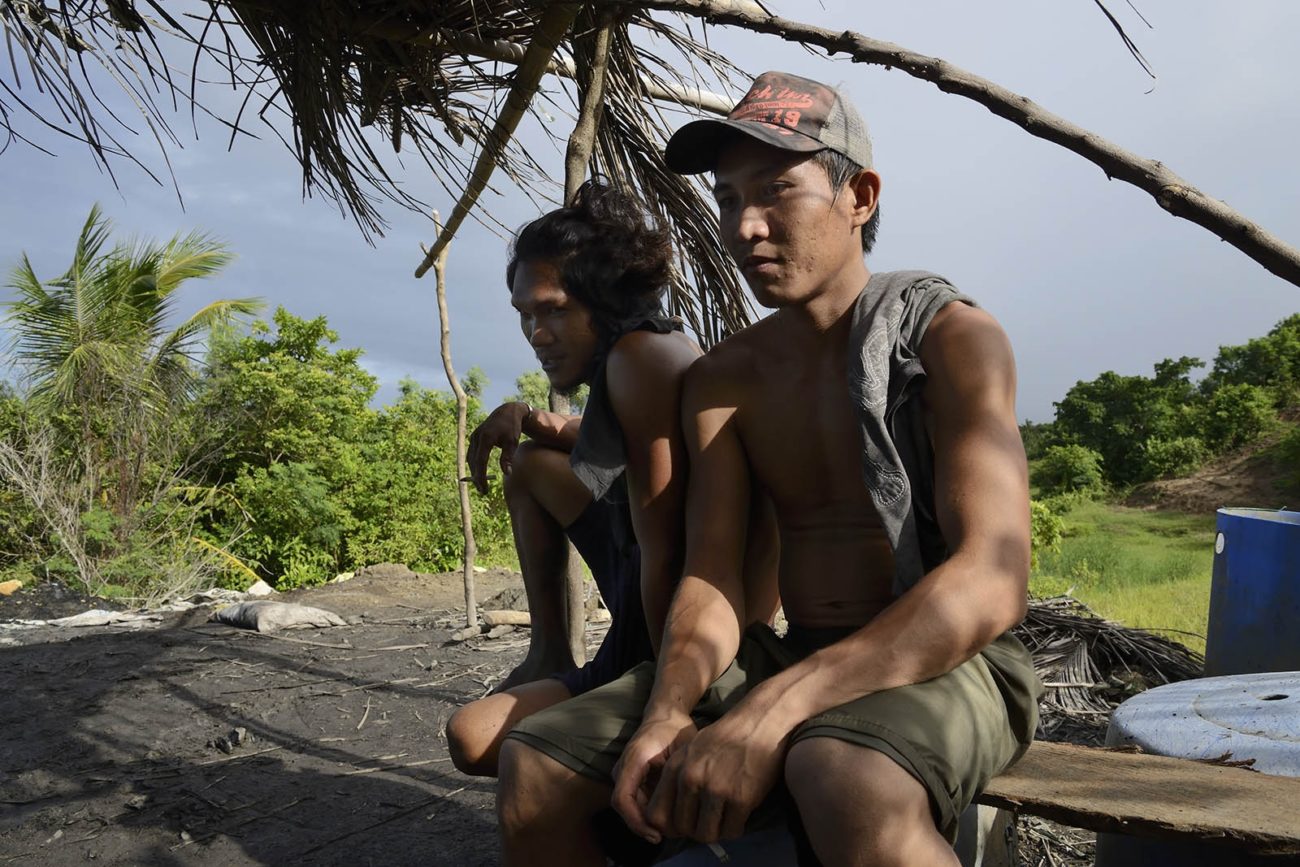 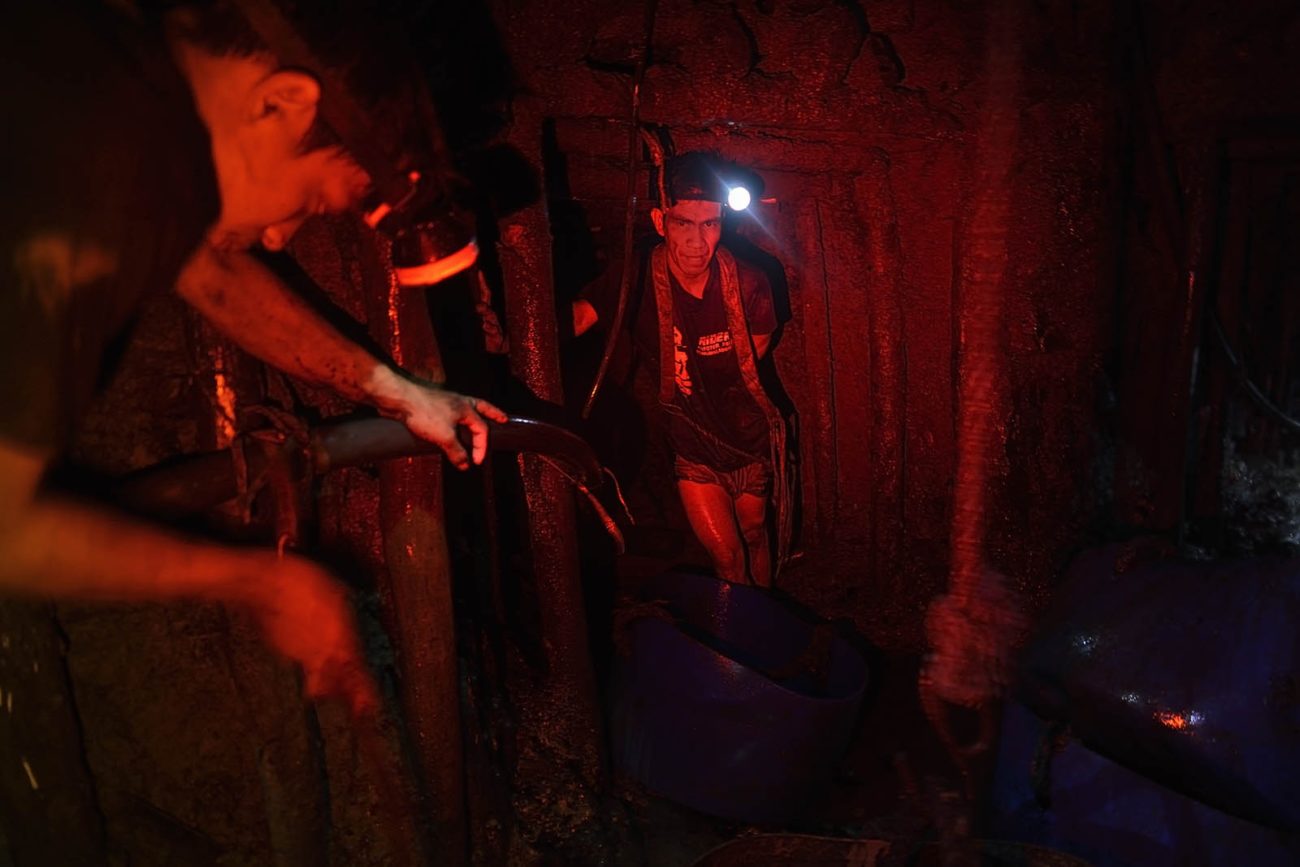 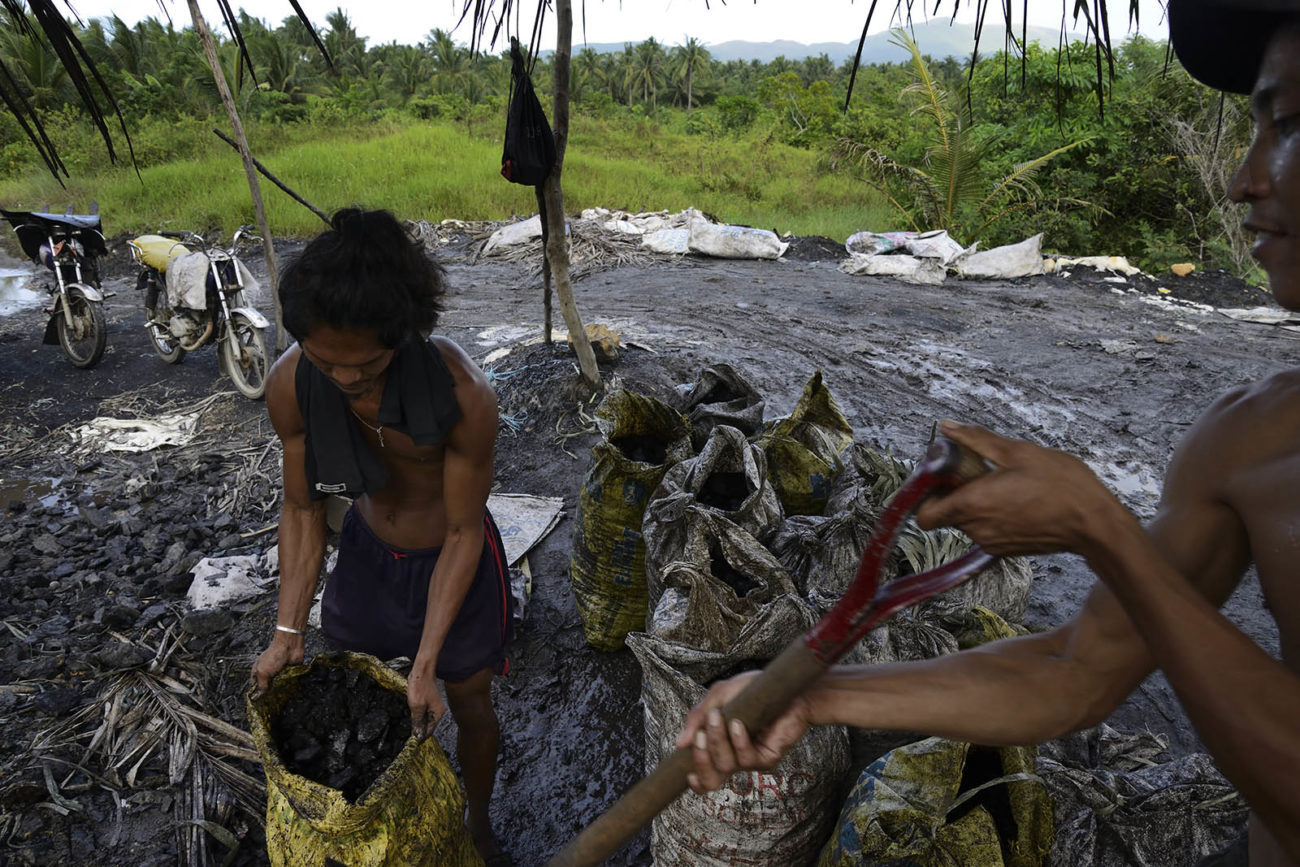 The rapidly growing population of the Philippines has triggered an expansion in the energy sector. At present, fossil fuels cover 73.56% of the country’s energy needs, and coal is the most used one, followed by natural gas and oil. President Duterte, who first called the Paris agreement stupid and unfairly against developing countries such as the Philippines, made a total change in March 2017, formally signed the agreement, binding the Philippines to reduce emissions by 70% until 2030.

Batan’s Barangay Captain (Head of a village or a smaller area) is not fond of journalists visiting the island. Just like the mayor, he is a co-owner of a mine, where many of the workers are minors. However, it’s not just the working minors causing concerns, but all the other shortcomings that are neglected in terms of workers’ safety and environmental management in the operational mines. Despite the enormous amounts of coal, the Batan Island has hardly any electricity, and mines are often driven by diesel or petrol generators.

Goryo, a rugged 70-year-old fisherman, has nothing good to say about the mines.

“They promised jobs and infrastructure when they came here but the only thing they do is destroy our island, leaving behind only cut trees and black dust from the coal.”

Goryo lives on the part of the island where almost all people are fishermen. It is located at a fifteen-minute ride with habal habal (motorcycle taxi) from the area where all the miners live. One could notice that there are two camps on the island, those who live by the sea, the earth and those mining coal. The only common denominator between these people is that they all struggle to support their families.

After the super typhoon Yolanda and the destruction it brought, many farmers saw coal as their only way to make a living.

“I cannot afford to stop digging coal even if I would want to,” said Danilo, who has been working as a coal miner for almost 4 years.

It’s a profit driven industry, 25 bags of about a ton give about 1100 pesos (about 21 US dollars), a miner in Batan can earn around 300 pesos a day (6 US dollars), if it is not raining, because then all mining activities stop. Batan is a tropical island, with a high possibility of rain so it is not uncommon for work to be suspended for many days in a row.

There are no “open pits” operating longer on the island. President Dutert’s former Minister of Environment, Gina Lopez, introduced a ban on that kind of mining activity. Instead, now there are small deep mines that break the coal in.

Rizal has worked with coal since he was a teenager. Far down in the cramped mine he hacks and shovels the coal sitting down. Due to the narrowness of the mine he cannot stand upright and the only way to get out of the mine is to crawl on the sharp rocks with coal.

“Of course, sometimes I dream about another job, but then I wake up and am back in the mine”, says Rizal laughing.

Work clothes are not available and most miners work only in shorts because of the heat and humidity. A diesel generator pumps down air and to prove that it works, it has blown up a plastic bag, so if the bag sacks together, no air is introduced to the mine.

For an outsider, it clearly takes some time to get used to climbing down the 25 meters on broken wet wood, nailed together as a ladder. Security equipment such as harness and rope, does not

exist, but it is not the falling accidents that contribute to the high death rates, it is the pits that collapse.

One just has to climb down and crawl in one of the corridors to see beams that are broken, bent over and when they give in, because it happens too often, the only thing the miner could do is hope and pray that the collapse would be minor and his co-workers would be nearby to dig him out.

After a week in Batan, a small rowboat takes us out to a bigger boat that is anchored and ready to sail back to the mainland. The Batan Island has offered a lot of rain, bruises, water damaged cameras, black coal under the nails and a huge number of mosquito bites. Nevertheless, it feels hard to leave the island and its inhabitants.

The Philippines are one of the countries that adopted the UN Agenda 2030. Among other things, the agenda will end poverty, enable sustainable development of agriculture, fisheries and forestry, and combat and adapt to climate change.

On the Batan Island there is another agenda, it’s about coal, and it’s about environmental degradation, but most of all, it’s about being able to make a living…